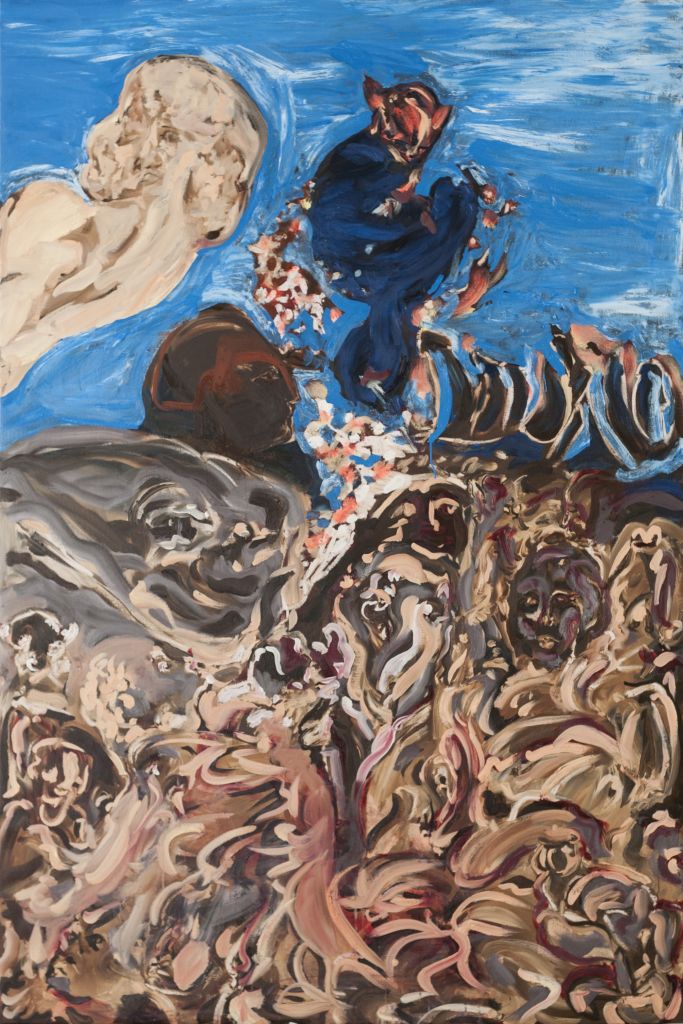 Lola Montes was born in New York, New York and graduated with a BFA from the Cooper Union in 2008. A painter, printmaker, photographer and filmmaker, she has exhibited internationally, including Tripoli Gallery, Southampton, NY; Ace Gallery, Los Angeles, CA; The Hole, New York, NY, among others. Recent exhibitions include Heaven, which was on view at the Shelbourne Hotel during Art Basel Miami 2014, and Forms Wrestling with Existence, at Eden Rock Gallery, Saint Barthélemy. She has collaborated with Max Mara Carte Blanche (2012) and Alice + Olivia (2015) on textile designs created from her watercolors, and her film work includes “Training Day,” a Nike commercial featuring Steve Nash, and projections for Lou Reed’s concert and feature film, Berlin, both in 2007. She recently completed a residency at Villa Lena in Italy, also producing prints at the Fondazione il Bisonte in Florence which gave rise to the works in this exhibition. She serves on the board of advisors at Anthology Film Archives, and in 2013 presented a film on Luigi Ontani, Dialogue Between Soul and Nature, at the 55th Venice Biennale. Previous exhibitions at Tripoli Gallery include Infinite Blinding Beam, 2009; Iodine Portraits, 2011; Night Vision, 2012; and Within Reach, 2013. Aakashic Records (2015) will be Lola’s fifth solo show with Tripoli Gallery. Lola Montes currently lives and works in New York City and in Italy