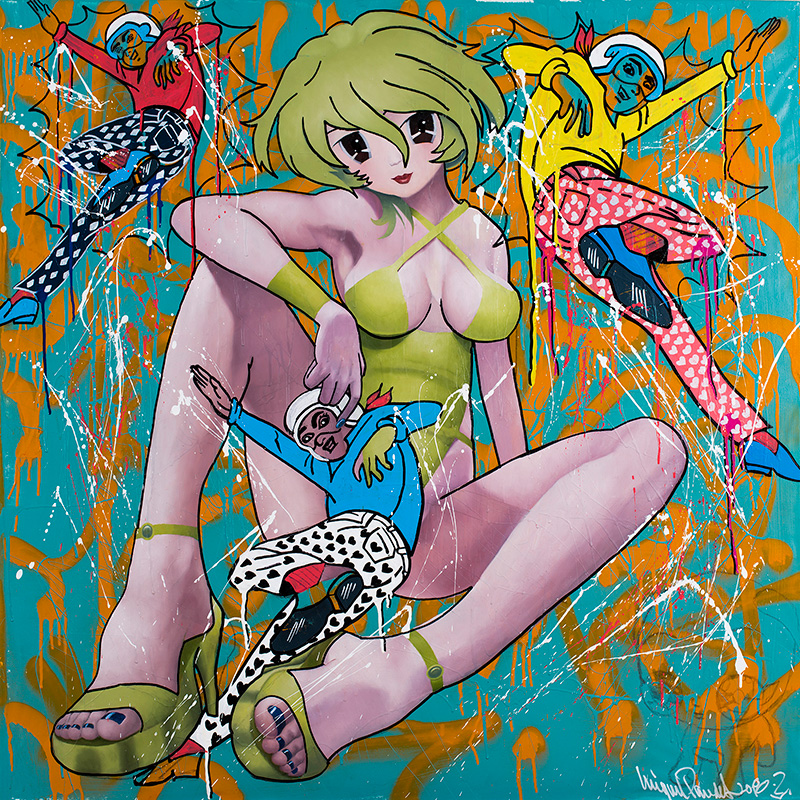 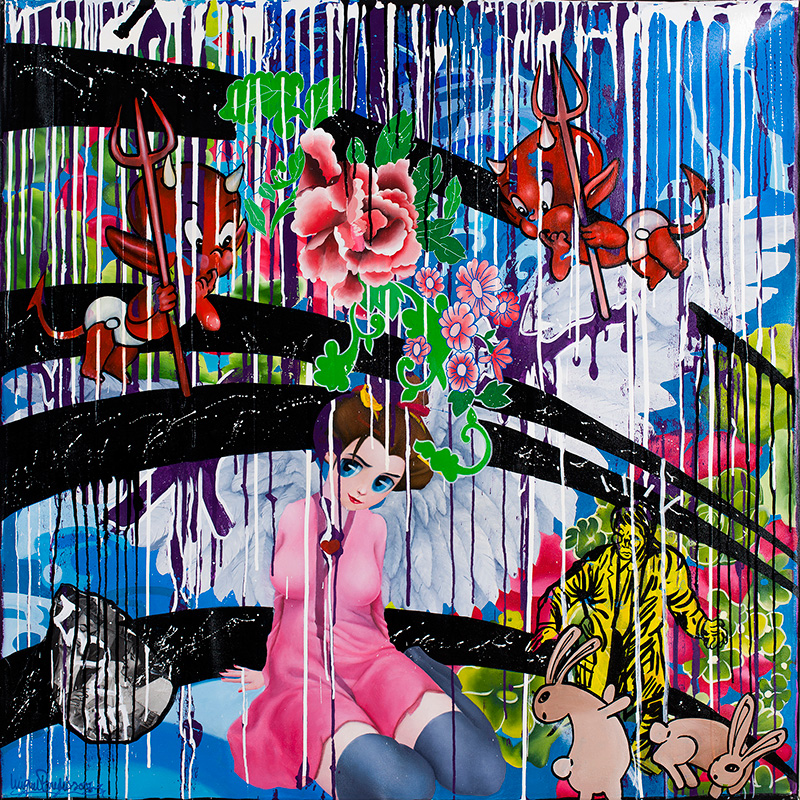 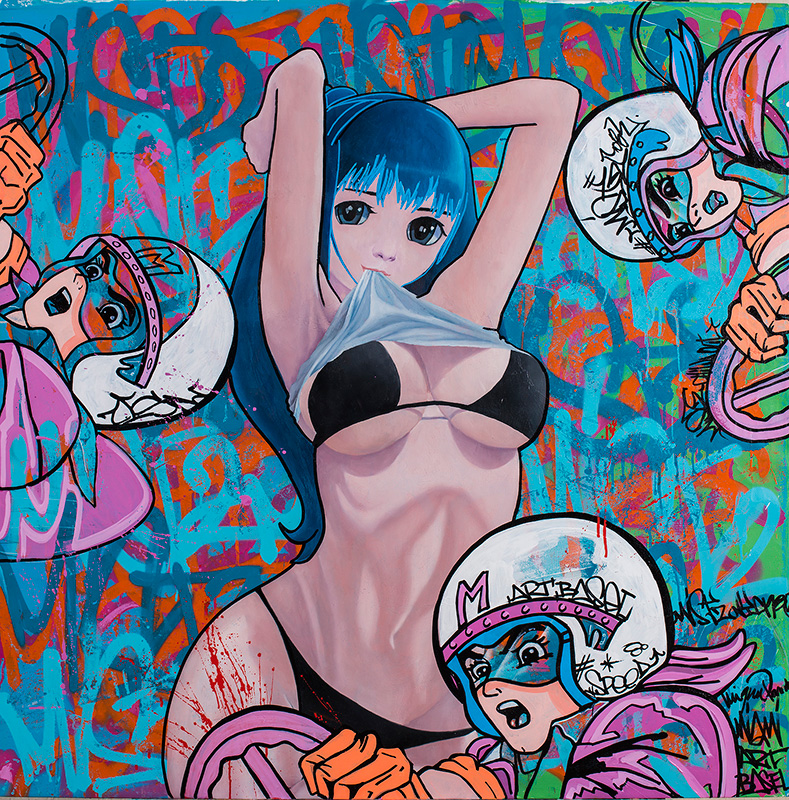 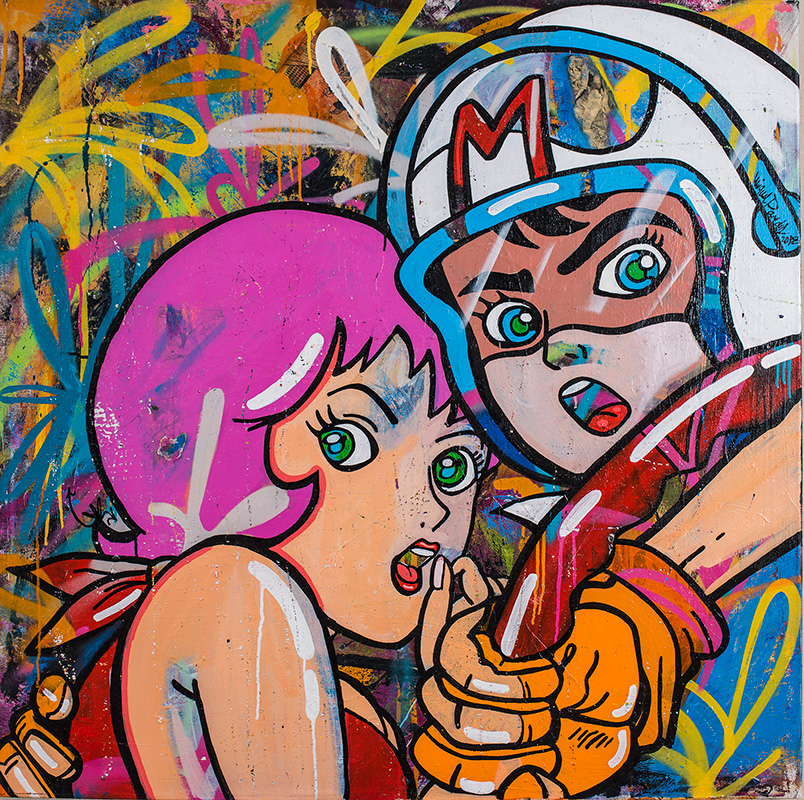 Miguel Paredes was born in New York in 1966. He is an artist and urban realist who combines the exhilarating sense of New York graffiti art with the skill and perceptiveness of a truly exceptional artist.

Growing up on 72nd Street in the Upper West Side of Manhattan, Paredes exuded early signs of artistic ability and accepted an invitation to New York City’s prestigious Fiorello La Guardia High School of Music and Art – immortalized in the musical and movie Fame – in the early 1980s. His studies at Fiorello coincided with the explosion of street culture in the city. Paredes drew inspiration from notorious pop artists like Andy Warhol and Keith Haring and plunged headlong into the world of graffiti and pop art taking the name “Mist” as his moniker.

Another influential figure in Paredes’ artistic career is his mentor, Ronnie Cutrone. Cutrone was Andy Warhol’s immediate assistant at the Factory during the notorious pop artist’s most productive and prestigious years. To Paredes, his mentor’s paintings are the essence of pop: colorful, lively and highly accessible. Cutrone’s constant use of bright and fluorescent colors not only influenced Warhol’s return to such hues, but shaped Paredes’ color palette choices as well. Paredes’ piece “Ronnie, is that you?” pays homage to Cutrone and features one of Paredes’ sons painted on a vintage Mickey Mouse bed cover. The child represents the artist looking for Ronnie.

Paredes left New York to come to bourgeoning Miami Beach and took a studio at the Art Center of South Florida, where he became one of their most prosperous artists, focusing on mixed media and conceptual art. At one of his first showings he sold every piece in the exhibit and broke solidly into the Miami Beach art scene. His artistic success caught the attention of several local venues and they often offered their space to showcase Paredes’ work. He ultimately opened his own gallery, Miguel Paredes Fine Art Gallery, in the Wynwood Arts District in August 2010. That same year, Paredes created an 18×26 foot mural titled “Pulgha World” in the heart of the Wynwood Arts District as a donation to the neighborhood.